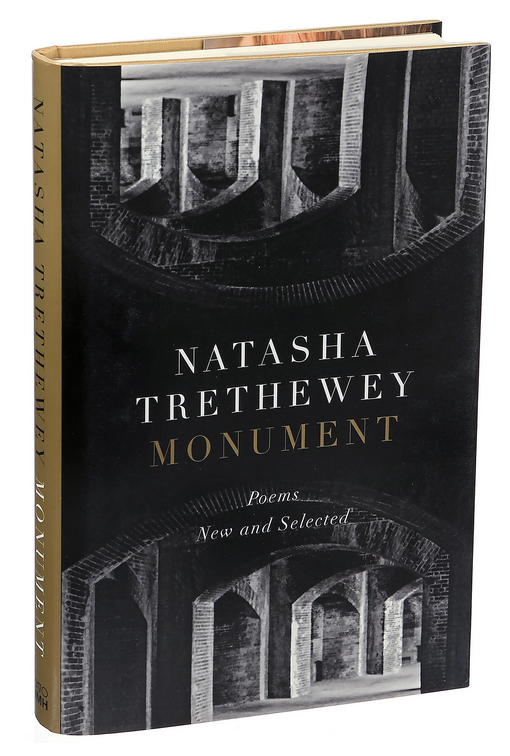 As momuments of white supremacy get torn down while Trump shouts their virture I thought it a good time to return to Natatsha Trethewey's collection :Monument"

Natasha Trethewey paints the past in brutal truths. Her collection of new and curated poems in Tretheway's skills as a historian of humanity. As she notes "Why is everything I see the past / I’ve tried to forget?"

Often Trethewey shines the light of her stanza onto corners of history we have forgotten. these stories usually revolve around Mississippi where she grew up the child of biracial parents, Trethewey's mother who her stepfathered murdered, and deep seeded racism.

Through this lens Trethweay tells the story of the help, the dock workers, those forgottten during Katrina. She also finds historical artifacts such as piantings or the Raceclassification system used in Mexico.

The title poem, Monument, has all the ingredients of perfection. Trethewey describes the industry of ants on her front porch and then transporting to her mother's grave. The same technique, connecting these memories in the mundane opens the collection "Limen" were Trethewey finds her mother's reflection in the the voice of a woordpecker.

Trethewey then uses documentary poetry with artifacts such as journals and photographs.

Bellocq's Opehelia, for example, a previously published set, describes a photograph from 1912. Many of the poems have dates allowing ghosts to linger in stanzas of untold truth.