The Capitol Riots and Martin Luther King's Question of "Where Do We Go from Here?"

I have seen many people ask today, "What would Dr. Martin Luther King Jr say about the seditious attacks we witnessed on the Nation's Capitol?" 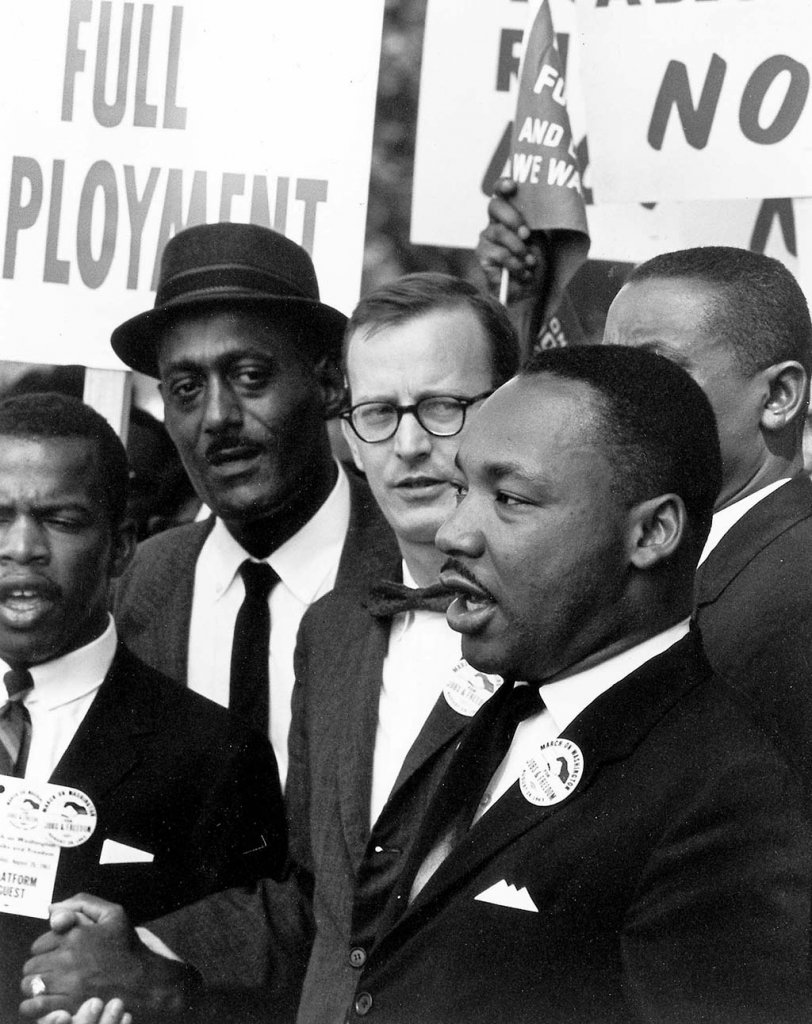 Dr. King would begin with prayer and end with a call to action. In fact he already did, for in his speech in 1967 at the 11th Annual Southern Christian Leadership Conference, Dr King already asked, "Where do we go from here?"

He would ask us the same question today.

Where Do we Go From Here?

While a man jailed 29 times for pacifist protest methods would never condone the violence he would still forgive the rioters while calling for justice for those who instigated, organized , and collaborated with the attack.

Dr King would recognize that while White mobs rioted at Our House to take away votes in predominately Black neighborhoods that, "With all the struggle and all the achievements, we must face the fact, however, that the Negro still lives in the basement of the Great Society"

White mobs ransacked the Nation's capitol while millions, fifty three years after King's speech still dwell in the basement. I hope Reverend Dr. could still ask, "Where do we go from here?" without a tear, but I would not begrudge the emotion of pain.

Let's be clear. #StopTheSteal was an effort to steal black votes. Get out a map. Circle where all the "Dominion" machines possess by Hugo Chavez's ghost lived. Black neighborhoods.

Dr. King would see President Trump for what he is. Not a racist. Something worse. Someone who realized they could stoke white fear of "Immigrant" and "over run" suburbs due to fair housing laws, for personal gain.

Rev. Martin Luther King Jr. would still forgive Trump, but he would call on us all to keep marching for racial equality by focusing on economic justice. For as Dr. King noted, "And so we still have a long, long way to go before we reach the promised land of freedom."

What we witnessed reaffirms that we as a society must focus on economic injustice as our North Star. In 1967 Dr. King reminded the leaders of the civil rights movement that struggle continued:

We still need some Paul Revere of conscience to alert every hamlet and every village of America that revolution is still at hand. Yes, we need a chart; we need a compass; indeed, we need some North Star to guide us into a future shrouded with impenetrable uncertainties.

Not a fight of violence but one of love. After summarizing the accomplishments of the movement Dr. Martin Luther King  described some cultural artifacts of racism: the number of negative connotations for black compared to white in the thesaurus, the difference in Colleges, and the differences in Elementary schools.

Dr King would applaud Kamala Harris and Senator Warnock. I wonder if Dr. King even thought possible a member of his congregation would sit as a Senator for the state of Georgia. A state that jailed Dr. King dozens of times fighting for voting rights.

The Reverend would also expect the reaction from White America to delegitimize the election and steal votes from black neighborhoods. He would expect a White President overwhelmingly supported by the White Deep South to call the Governor of Georgia and ask him to "find" over eleven thousand votes.

Number didn't matter as long as it is one more needed to re-elect Trump.

When Dr King would ask, "Where do we go from here?" in 2021. the message of economic justice and struggle from 1967 would remain.

Not through hate but through love. King noted that the Western philosophers, established a false dichotomy between Power and Love.

Now, we got to get this thing right. What is needed is a realization that power without love is reckless and abusive, and that love without power is sentimental and anemic. (Yes) Power at its best [applause], power at its best is love

Power at its best is love. This sums up the philosophy of Dr. Martin King Jr better than "I have a Dream. " In his address Dr. King went on to state Black America had the morality and no power to achieve their goals and White America had the power and no morality.

It had to begin with love, and with economic injustice

Every year we focus on a message of unity when children all over the country read "Letters from Birmingham" or watch a two minute clip of the, "I Have a Dream" speech.

Our Hallmark version iof King's message glosses over his opinions on economic inequity. When Dr King asked, "Where do we go from here?" in 1967 he called for basic income.

"We must create full employment, or we must create incomes. People must be made consumers by one method or the other"

Dr. Martin Luther King then went on to describe the economics of a basic income. He compares the cost of the Vietnam War and sending a man to the moon and calls for work not just to sustain a living but to sustain identity, community and life.

Dr. King called for a restructuring of American society.  while Make America Great Again represents, a hopefully dying call for White Fright and Supremacy, many of the rioters and terrorists who attacked the capitol can be reached with messages of economic injustice.

Just like the urban decay of the 70s and 80s fueled the crack/cocaine epidemic (when it was a war) the Opioid pandemic (now a mental health and economic opportunity issue) has devastated middle America.

The factories have shuttered. First the the textiles (having free Slave labor for raw materials makes pricing competitive at during the Industrial Revolution) closed then the post WWII factories cranking out goods into the 80s shuttered. The American manufacturing empire grew to dominace when all of Europe's production capability lay in bombed out ruins. While advanced manufacturing remains strong, middle class factory jobs building durable consumer goods can not compete with international labor markets.

Basic income may not be palatable to most Americans. They are too busy arguing over the size of the stimulus checks and the extra amount for monthly unemployment checks  to prop up the economy during COVID-19.

What Can We Do?

Yet we can fight for economic justice by investing in neglected communities through the support of minority owned businesses.

We can rethink HigherEd Education which rewards centuries of White Supremacy. All the research money flows to Research Universities to study how to fix people of color. Instead it should flow to the people of Color who make up community college.

We can rethink the Carnegie hour in general. Education focuses on College AND career readiness but we do not invest enough in work force development. Our nation will see a massive shortage in health care, advanced manufacturing, data science, cyber security and analytics.

National Broadband. You can give out jobs with checks. The COVID-19 Pandemic laid bare the racism of broadband in our urban areas and isolation of America's rural country. Why not a Worker's Progress Administration, a Great Depression jobs program, for the digitla era?

We could roll out high speed Internet to everyone, train local people to help secure local networks, and make sure everyone has access to a digital economy.

Where Do We Go From Here?

The Reverend Dr. Main Luther King Jr asked that question 53 years ago. After the seditious terrorist attack on our Capitol every American should asked themselves the same question today.

Dr. King's answer would begin with love. We must seek power through love. Even your neighbors who do not see their disbelief in math as an attack on minority voters. Even the asshats who believe a secret cabal of pedophiles Satan Worshipers run DC. Especially the asshats.

When you love all of humanity you want everyone to thrive and as a Nation of love we would restructure our economy to ensure we provide pathways to economic justice. Only then can racial equality be achieved.